The Geekvape Zeus X Mesh RTA is a new release in the highly acclaimed Zeus range, which is a natural successor to the very popular Zeus X RTA. The previous Zeus X was a dual-coil top-airflow RTA that was easy to build on, never leaked, and capable of producing an insane amount of flavor. Prior to Zeus X Mesh, Geekvape released the Zeus X sub-ohm tank with premade mesh coils for vaping anywhere between 60W to 80W which I also quite enjoyed. Instead of rehashing the same thing, Geekvape has always devoted to reinventing the Zeus X to find new niches.

The Geekvape Zeus X Mesh holds 4.5ml of e-liquid except for the TPD restricted area. The good news is the larger bubble glass can be bought separately. It looks quite the same as the Zeus X RTA. The only thing that has changed from the dual coil RTA is the build deck. Other components are a duplicate of its predecessor. A mesh strip used to be the default wicking material in a rebuildable atomizer. It has been improved and can provide constant flavor. A larger surface area provides rapid ramp-up time and longer lifespan. Keep reading the review to find out if the new Mesh version RTA from Geekvape named after the king of gods, has enough to claim a crown. 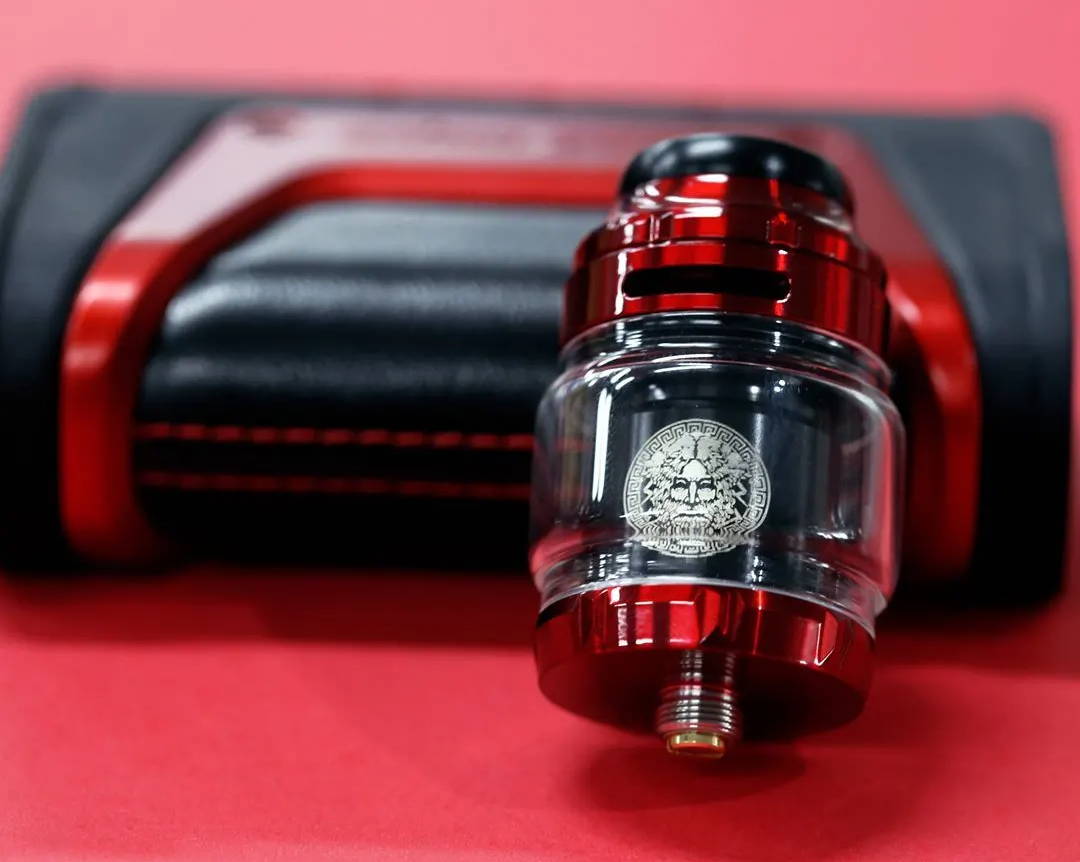 The machining and build quality of the Geekvape Zeus X Mesh is impressive from the O ring tolerances to the threading mechanics. The tank made of stainless steel is 25mm at the base diameter and 28mm at the bubble glass. It fits 4.5ml with an extension bubble glass tube and 3.5ml with a straight glass, which is around the average for this type of RTAs. The face of Zeus is there, and the Zeus logo is still on the barrel and the reverse. 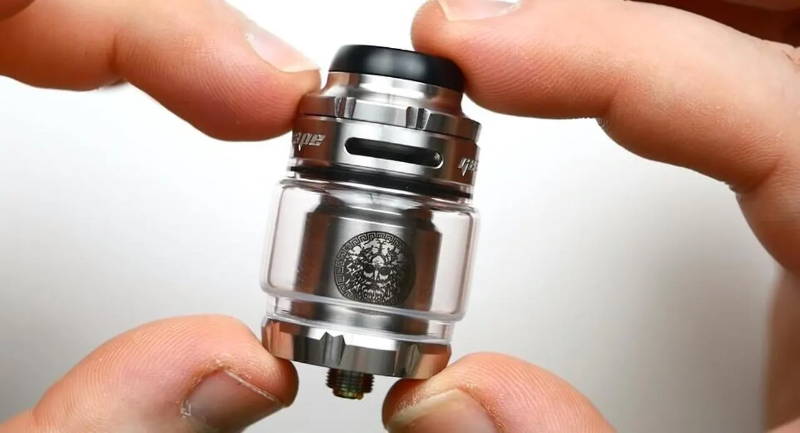 At the top the Zeus X Mesh comes with a very low profile Goon-style Delrin 810 drip tip. It is very short and similar to the Half Moon drip tips, which may be a fault for some people. But I really like this stubby style, which will work fine with O-rings. There is an Ultem drip tip in the box which stands just a bit taller. The top cap uses a quarter twist bayonet-style release mechanism, which is faster and more convenient. The two recessed kidney-shaped fill holes accommodate most of the bottles. The threads are smooth and the knurling around the edges makes refilling a breeze 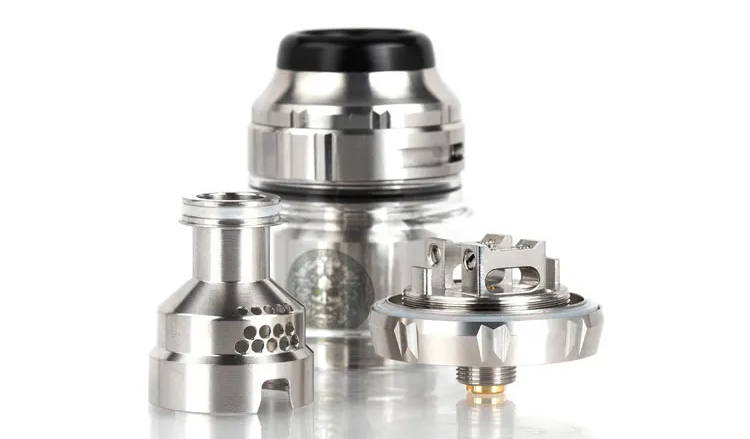 The Zeus X Mesh RTA utilizes a very smart two-tier airflow structure. This is both top to bottom and side to bottom airflow. The top airflow holes of the chimney direct the air intake to the top part of the coils, and the side airflow holes hit the coils on their sides. There is a removable internal airflow chamber, which has 14 honeycomb-style airflow holes on both sides. The airflow enters through the airflow holes is diverted down inside the fixed inner barrel then comes into the removable inner chimney. The small honeycomb airflow slots will direct and distribute the passage of airflow in a uniform and balanced way. All of the contact surfaces of the mesh coil will receive an even and consistent volume of suppressed airflow for rich, dense, and flavorful vapor.

The rotating airflow control ring allows you to open or close the wide cyclops style holes to ensure massive vapor production. The unique inner chimney section is where the Zeus X Mesh RTA comes into a league of its own. It provides a more concentrated flavor and larger cloud with more restrictive settings. The airflow is very smooth and can be very airy when fully open. 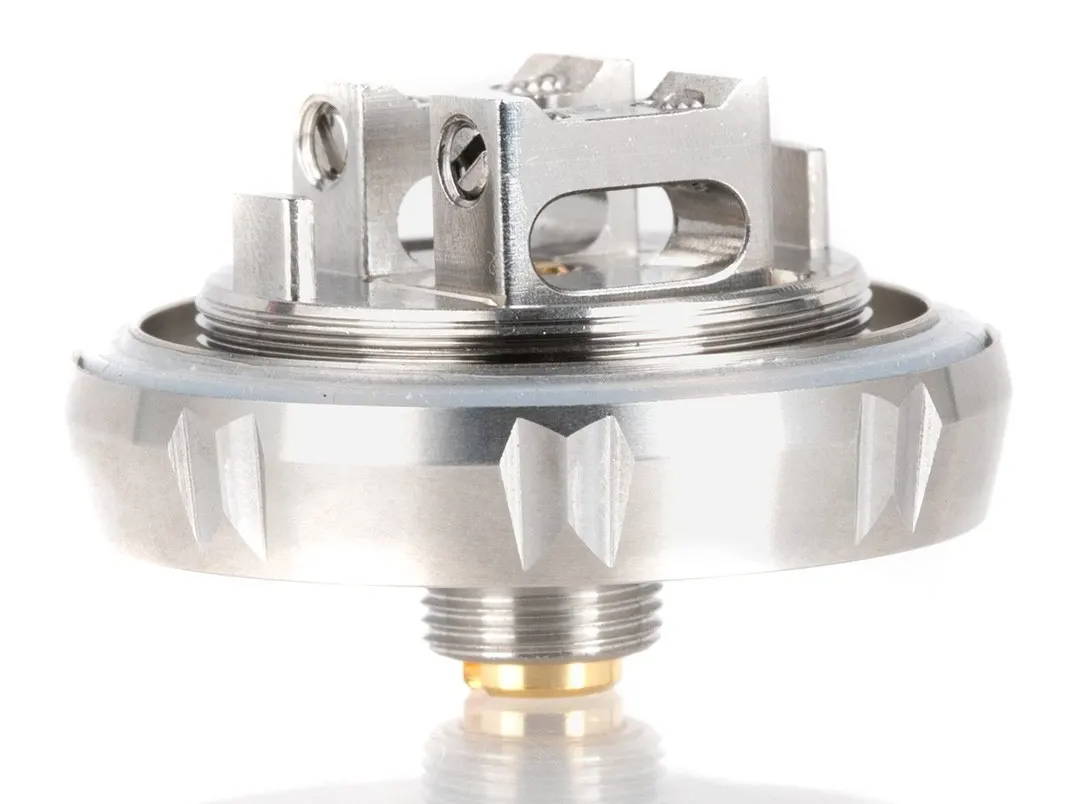 The build deck has had a major change and looks cleaner. It uses a spring-loaded ceramic block mechanic, which is the same as the Wotofo Profile 1.5 mesh RTA. The ceramic block ensures the constant contact between the cotton and the mesh stripe. The clamp is simple to use and very effective. 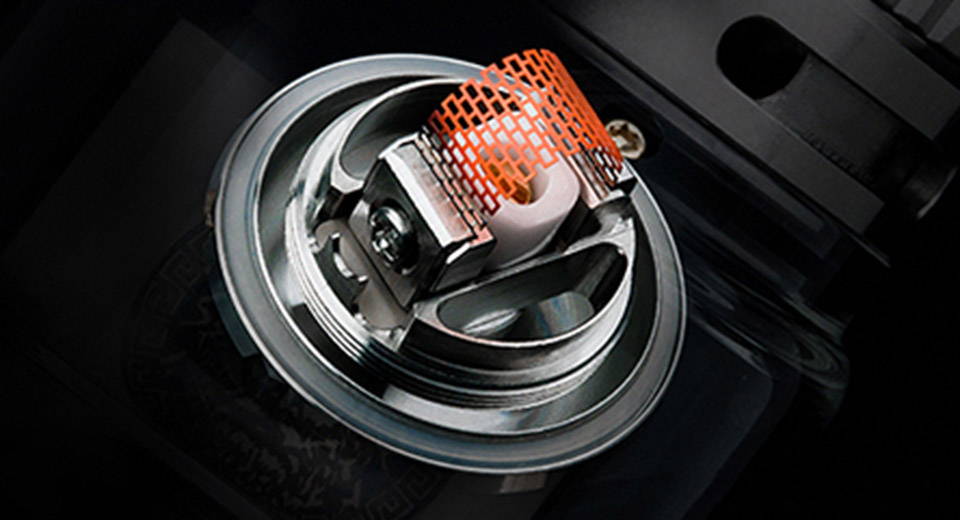 How to Install the Mesh Coil:

The agleted cotton sticks to be extremely thick and dense. It is required to be chopped down quite a bit after running them through the coil. As with any RTA, building, and wicking takes a certain level of understanding and practice. 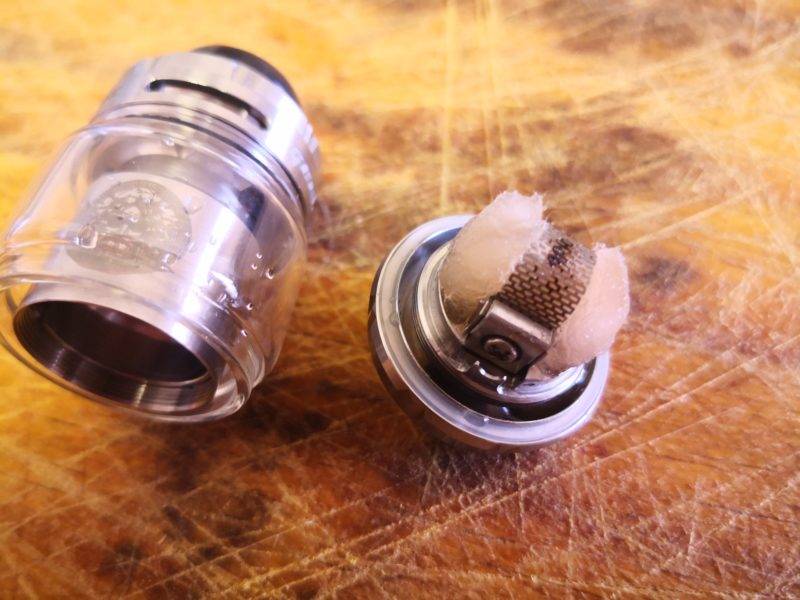 As expected, both of the two coils produced much more flavor and vapor. I was enjoying the rich and flavorful clouds. The difference between the two coils is hard to notice. I was receiving a very strong, pure, and consistent taste from the kanthal mesh strip. The distribution of flavor was very impressive. Most importantly, the flavor remained clean and crisp after a period of testing. 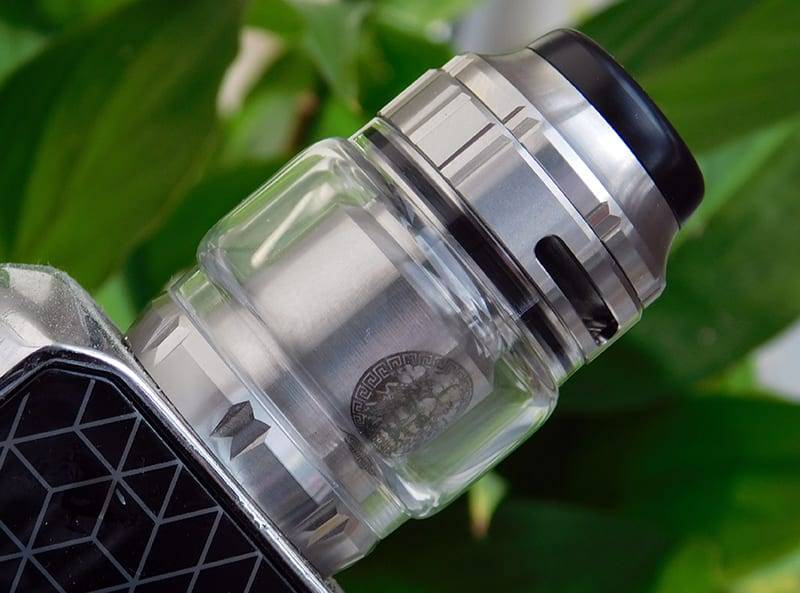 I am very impressed by Geekvape Zeus X Mesh RTA. RTAs with top airflow are a niche market, but Geekvape has established a tradition for this type of atomizers and introduced some solid performers including the latest one. It is very easy to build on and wick. The wide dual cyclops style airflow ring with a two-tier airflow structure ensures the maximum vapor production and enriched flavor. The flavor I got from it beyond my expectations. If you are in the market for a flavorful RTA, I will highly recommend the Zeus X Mesh. What do you think of the Geekvape Zeus X Mesh RTA? Let me know in the comments!