What is free base nicotine?

Freebase nicotine is the purest nicotine form compared to other nicotine derivatives. The term "freebasing" has been more commonly associated with cocaine addiction, where users, seeking a more intense effect from the drug, convert it from a salt to its base form. Therefore we can put it in this way, freebase nicotine can be absorbed faster into your blood and brain, delivering a much more potent effect to your body.

Freebase nicotine is used in many of our tobacco alternative products such as nicotine gum and nicotine patch. It is worth mentioning that the method of freebase nicotine is found by Philip Morris, a multinational tobacco company that owns Marlboro, with products sold in over 180 countries. By freebasing the nicotine(It’s a way of increasing potency without increasing the dose at the same time), they could make their tobacco and cigarettes purer, therefore, more addictive, that’s one of the reason why Marlboro won such a big market shares in tobacco industry.

Freebase nicotine e-liquids require high power vape devices to be heated and they are often used with sub-ohm mod vapes due to its fast body-absorption feature, but low nicotine concentration is not likely capable of satisfying those heavy nicotine cravings, while digesting excessive freebase nicotine in a short time can lead nicotine poisoning symptoms easily(as I mentioned above, freebase nicotine is absorbed faster by our body), then what? Then nicotine salt appeared.

What is nicotine salt?

Nicotine salt is definitely not the table salt that flavour our foods, it is the natural state of nicotine in tobacco leaves. However, nicotine salt here is not what we use in our present vape products. Nicotine salt that we presently use has been improved by Pax Labs.

In simple terms, nicotine salt that we presently use owns more positive features for users. When using a nic salt e-liquid, the most distinct aspect is that you can take several puffs without feeling any throat soreness and it can be heated by low wattage vape devices. The vapour that comes from it also makes it ideal for subtle and discreet vaping. Therefore compact disposable vapes and convenient pod vapes are mostly used with nic salt e-liquids and they are rather popular on the vape market nowadays. 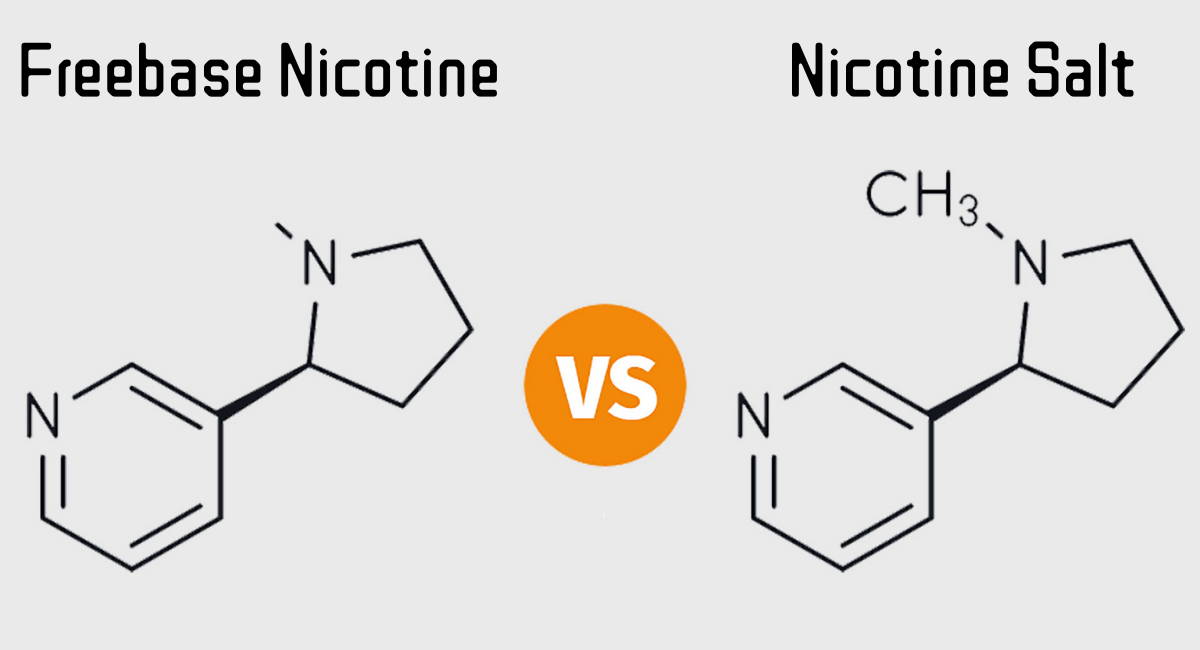 How do you choose - nicotine salt or freebase nicotine?

Nicotine salt e-liquid is for those

Freebase nicotine e-liquid is for those

How old do you have to be to vape in the UK?