The Dovpo Topside Lite Mod is another release in the Topside series again designed in collaboration with The Vapor Chronicles. The Topside Lite Mod is a squonk mod that allows you to use it as a standard single battery mod in non-squonk mode. It inherits the innovation and aesthetics from the Dovpo Topside family that simplified the squonking by utilizing a top-fill method for the squonk bottle. The Dovpo Topside Lite Squonk Mod is powered by a single 21700 or 20700 battery (sold separately) with a maximum output of 90W. It features the 0.96-inch OLED screen with control buttons and the fire button. You can choose from various output modes such as Variable Wattage, Temperature Control (Ni, Ti, SS), TCR user modes, and Bypass. 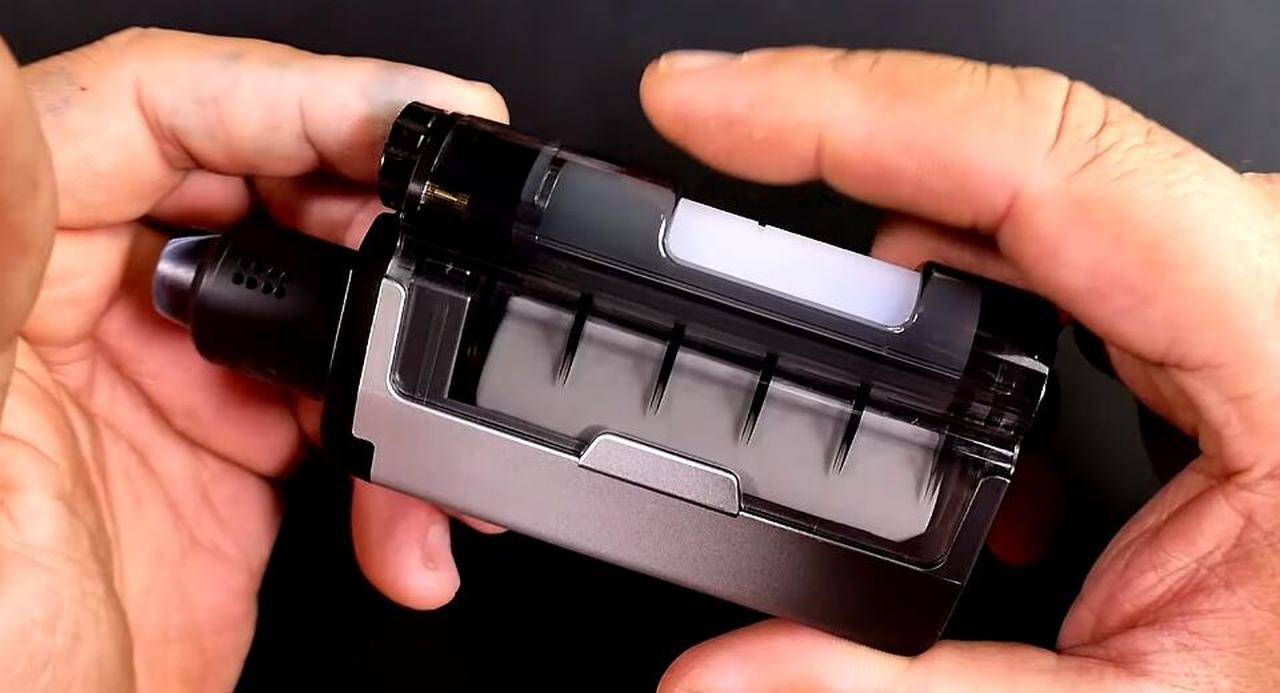 The Dovpo Topside Lite Squonk Mod is a lightweight version of the original Topside 90W Box Mod. It features a hybrid zinc-alloy and PTGC plastic chassis construction. The rear section was redesigned in an impact-resistant PTCG plastic, which helps to reduce the weight of the mod. The Dovpo Topside Lite Mod maintains the solid and durable frame from the Topside family while removing much of the heavy metal. The durable zinc alloy in the front is crafted to protect the inside chipset. The sleek exterior ensures a comfortable hand feels for a better vape experience.

The two-toned zinc alloy chassis combines with the polycarbonate detachable battery/squonk attachment door to create a nice-looking box mod that’s slim and substantial. The side design of the mod is similar to the previous products in the Dovpo Topside series, The pigment above is very fantastic, but it may fade after a period of use. The magnetic attachment is seamless without loose or wiggling. The non-squonk battery cover is well-built and safe.

Use of the Dovpo Topside Lite Box Mod 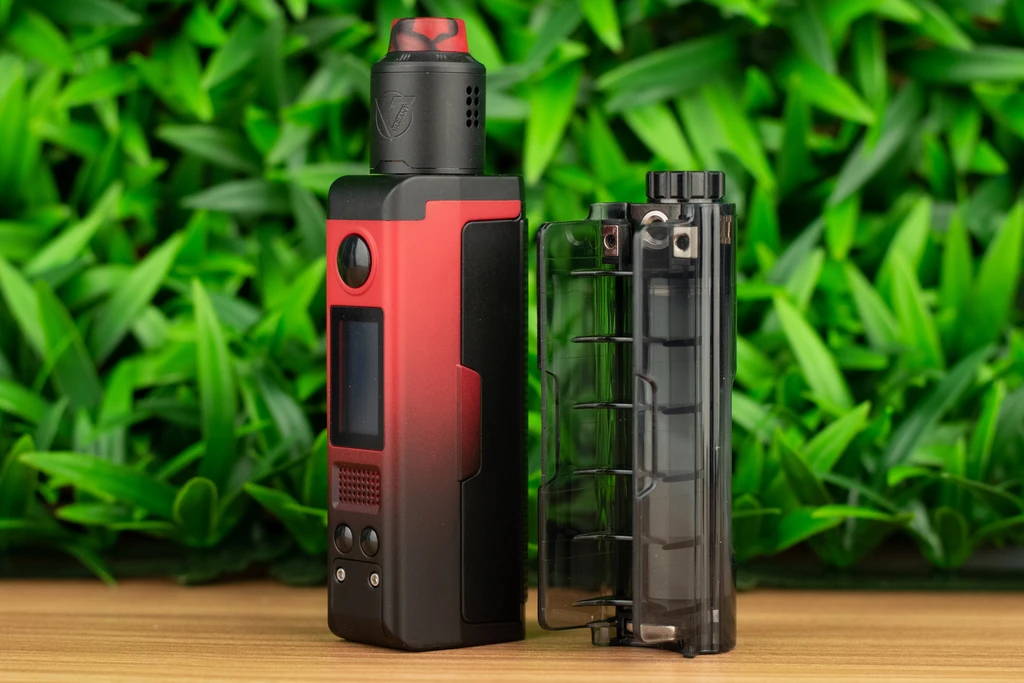 The Dovpo Topside Lite Squonk Mod allows you to change into a regular mod within 5 seconds. That’s very impressive. The Dovpo Topside Lite features a leak-free BF 510 base. You can simply squeeze the squonk bottle to direct the e-liquid at the atomizer. The device body is built with a fire button, up and down buttons. The 0.96-inch screen is the same as the original 90W Topside Mod that is clear and bright. You are able to see your important vaping data such as charge level, mode, atomizer resistance, puff counters and more. Charging the 21700 or 20700 battery is easy through the side micro USB port. The Dovpo Topside Lite has the necessary and practical functions for different vaping style. The menu is very straightforward and easy to get started with. 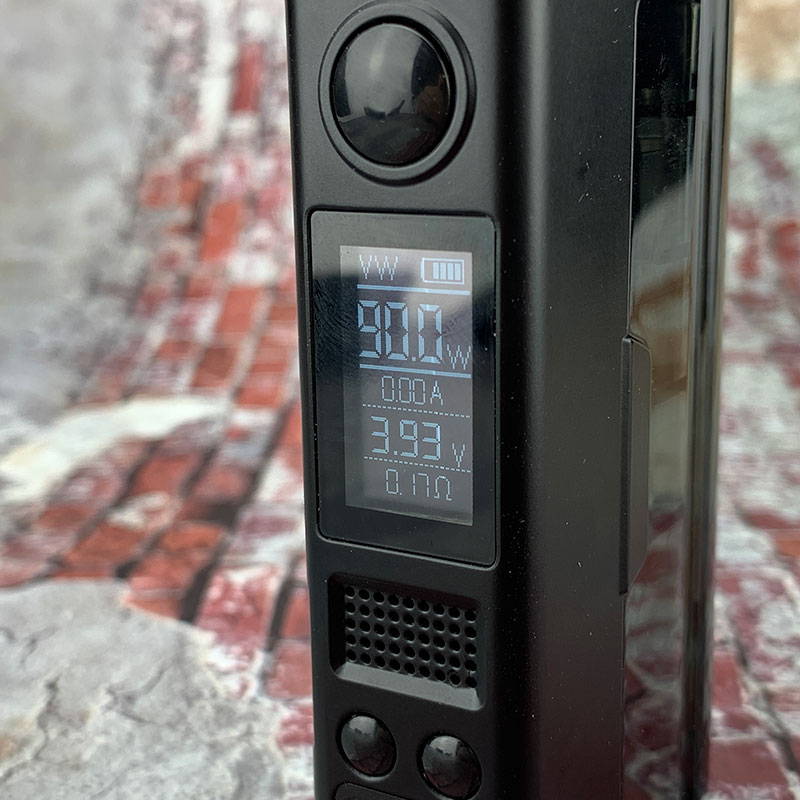 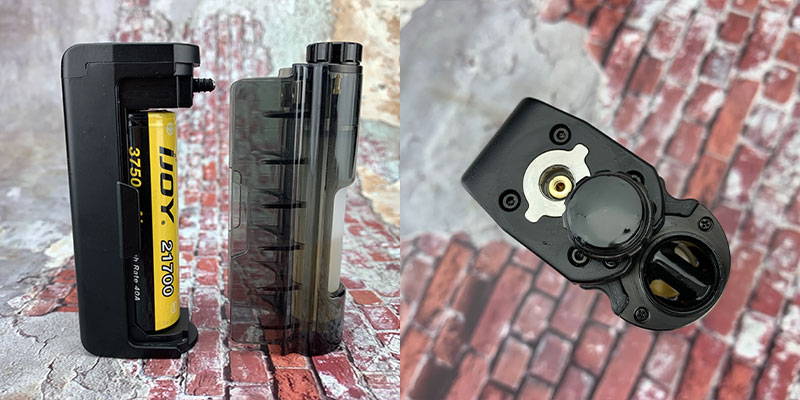 The Dovpo Topside Lite Mod is different from the Geekvape Aegis Squonk Mod which needs to screw off the main screws to take off the squonk module. It'll be much easier for you to take apart the Dovpo Topside Lite Squonk Mod. The strong magnet on the bottom of the two sections respectively to avoid the accidental drop. The innovative e-liquid tunnel screw on the top connects the two sections. That’s how your e-juice travels from the 10ml silicone bottle to the RDA atomizer.

The squonk section is detachable. You need to remove a few screws on the top and side of the mod to take away the silicone bottle. The refill is very easy. Simply screw off the bottle cap and pour your favorite e-liquid inside the bottle. The 10ml squonk bottle is able to provide countless hours of vaping time without having to refill. The top-fill technology prevents leakage or overflow. The silicone bottle will not sweat juice or have any odd seams. 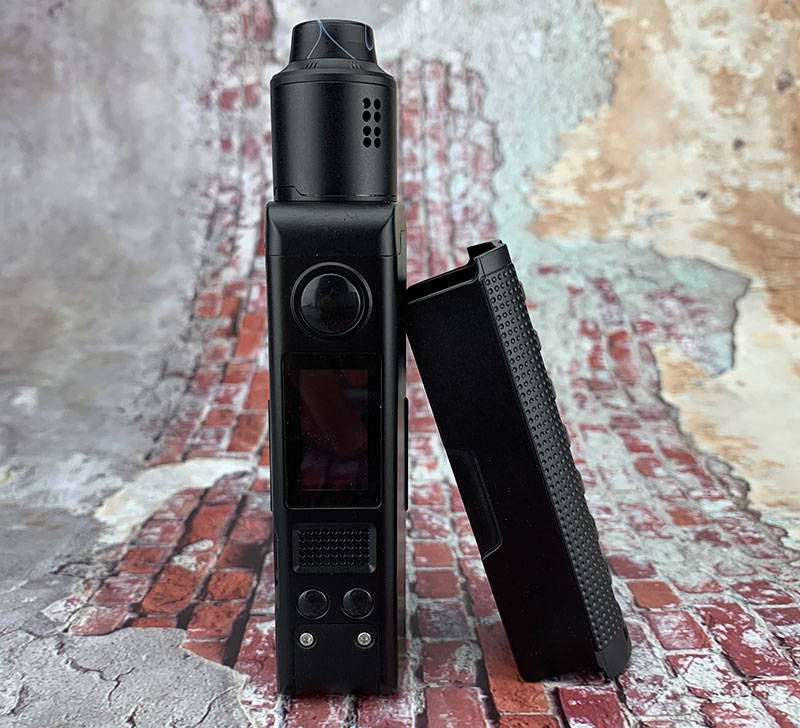 Switching your Dovpo Topside Lite Squonk Mod into a regular box mod is pretty easy. You can finish it in 5 seconds. Simply remove off the e-liquid tunnel screw and assemble with the regular module. The connection style between these two modules is almost the same by the bottom magnet and the top screws. The regular module sticks to the main body of the mod tightly because of the strong magnets.

Attention: When you switch your Dovpo Topside Lite to a regular single battery box mod, you should pay attention to the screws on the top, which are easy to drop. Dovpo also offers 2 extra screws in the box.

The Dovpo Topside Lite Squonk Box Mod takes the best elements from the previous awesome Topside series and removes away the unnecessary features. It’s a good innovation from the Vapor Chronicles and Dovpo again. It is a compact and lighter box mod for on-the-go using due to its plastic squonk and battery cover door. The connection between the two modules is tight and reliable. If you are looking for a new squonker, the Dovpo Topside Lite is affordable and worth buying.