Hey, vape fam! The most romantic day of the year, Valentine's Day is on its way. Like any other holiday, the occasion requires a wonderful gift. Have you figured out what to get for your favourite vaping cuddle buddy? Why not make this Valentine's Day all about vaping? Do you love someone who loves vaping? Do you have a problem picking up the suitable vape for the one you love? Don't worry. We provide a useful guide of best vape gifts to help you make the right decision. 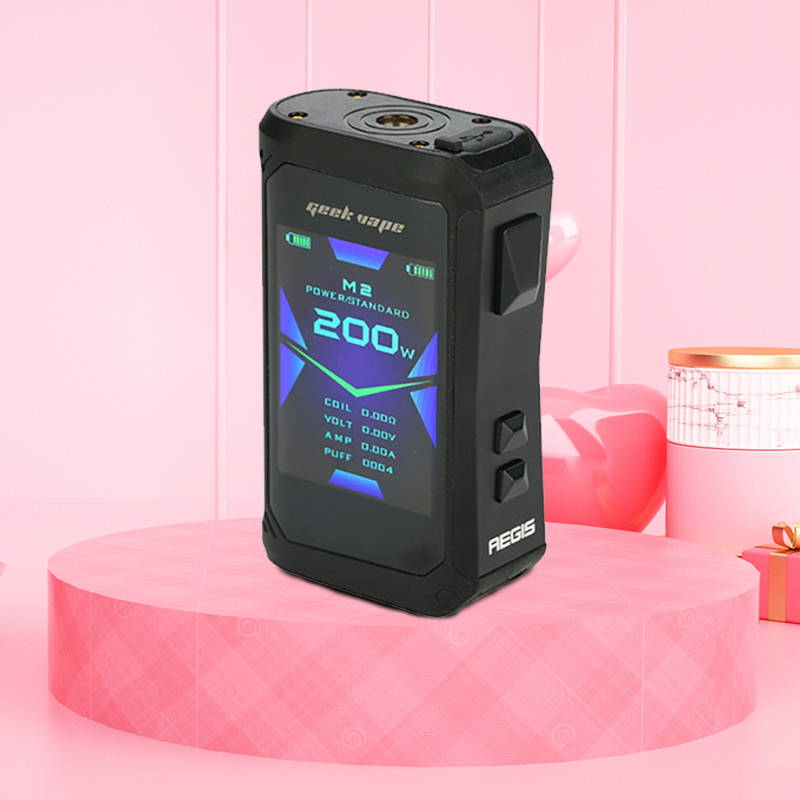 The Aegis X 200 W is a box mod from popular vape manufacturer Geekvape. It has an impressive 2.4-inch colour screen, which looks more like the screen of a smartphone than a vape. It also features a 2.0 chipset allowing for high maximum output, accurate temperature control, and faster response time. With the dual 18650 batteries, GeekVape Aegis X MOD has a wide range of temperatures(200 to 600 degrees Fahrenheit) from which to select fitting on different e-liquid heating preferences. It is easy to use and handle and be less likely to break.

"When I first got this mod, I loved its stylish design and innovative features a lot. I've used and reviewed the entire Aegis line and has always been a fan of their design. So if my girlfriend would like to give me a fantastic gift in this Valentine's Day, GeekVape Aegis X MOD is the best vape gifts I want!", William reviewed and recommended. He has quit smoking for 4 years and really like this mod. 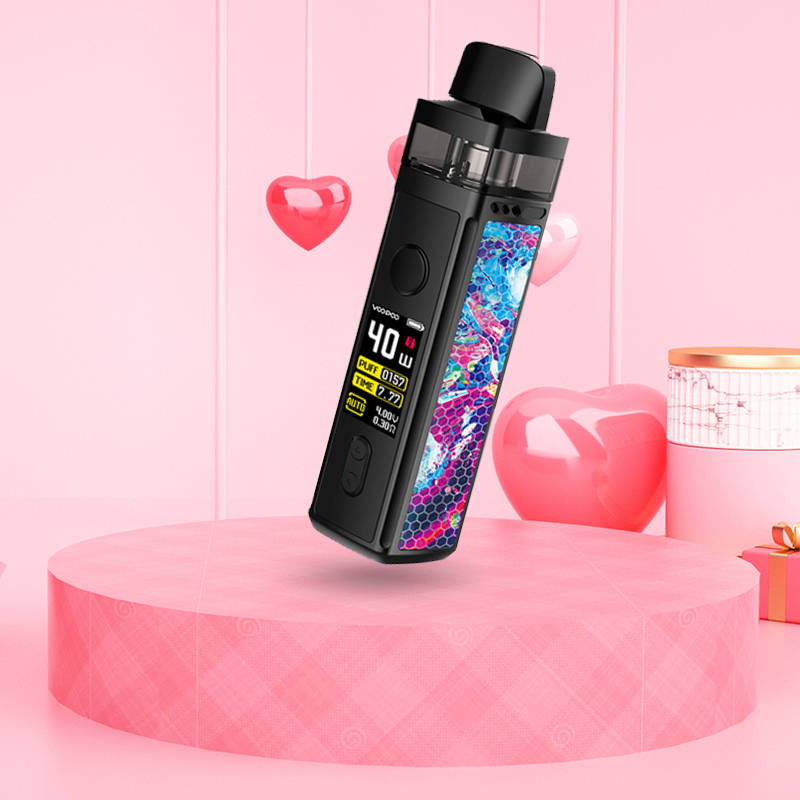 As the latest pod-style AIO in the Vinci series, Voopoo Vinci X is thicker and taller than Vinci and the Vinci R. Like the Vinci, the Vinci X is a variable wattage pod mod, and it can fire from 5W to 70W, 30W higher than the Vinci. It's powered by an 18650 battery which allows it to fire up to 70 watts.

Wendy, a big fan of Voopoo said: " From a performance perspective, the Voopoo Vinci X is a device I strongly recommend. The 0.3-ohm coils are flavourful and produce a lot of vapour, and the 0.6-ohm ones strike a great balance between performance and power consumption, and are great for mid-strength nic salts." She added that she has been using the Vinci X for around two months and it's been mostly smooth sailing. She was glad to say that she hasn't experienced any issues like she did with her original Vinci.

"You can use nicotine salts with the 0.60ohm coil, but I wouldn't suggest using anything higher than 35mg. Even a 30mg produced a throat hit that had a real kick. I love it so much for its portability and put it into my purse every day. Well, that's exactly the best vape gift I look forward to receiving in the upcoming Valentine." 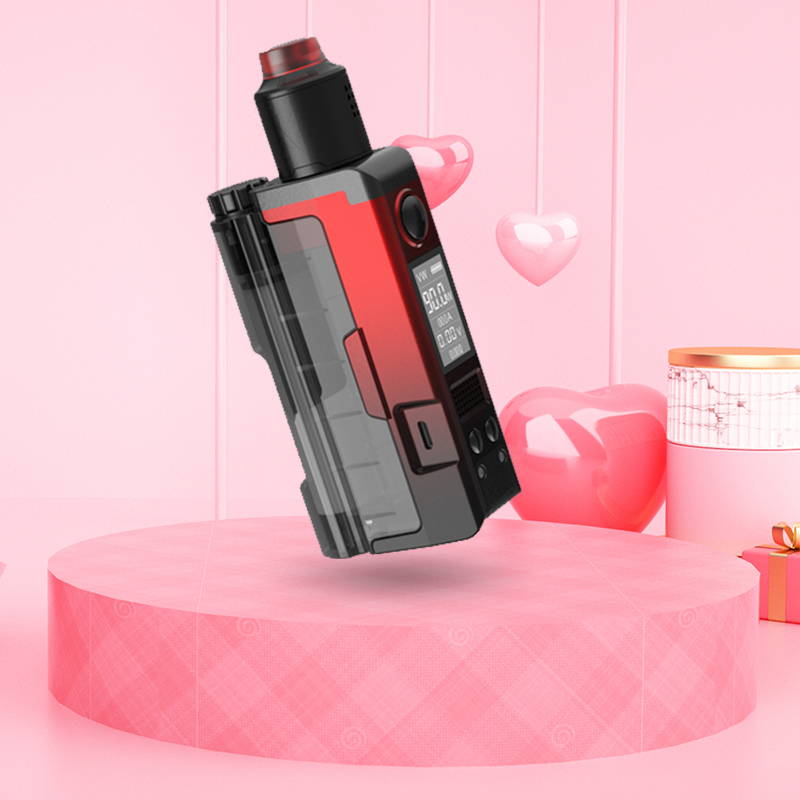 "If you ask me what's the best vape gift I want in the Valentine, my answer must be Dovpo Topside Lite Box Mod. Of course, it's one of my favourite box mods that I've used so far!" Bob, who have vaped for 3 years, can't wait to tell us the reason why he so fancies this mod.

The Dovpo Topside Lite Box Mod is the latest edition in the Topside line of squonking devices. Unlike the original Topside mod made from zinc, aluminium alloy and stainless steel, this new one is unique with a lightweight design for it's composed of PCTG - polycarbonate - plastic. The portable mod implements a single high-amp 21700 or 20700 battery bay, extensive temperature control suite and features a display screen, a 0.08ohm atomizer resistance capability, 90 watts of power, and can be used as a squonk or standard mod. 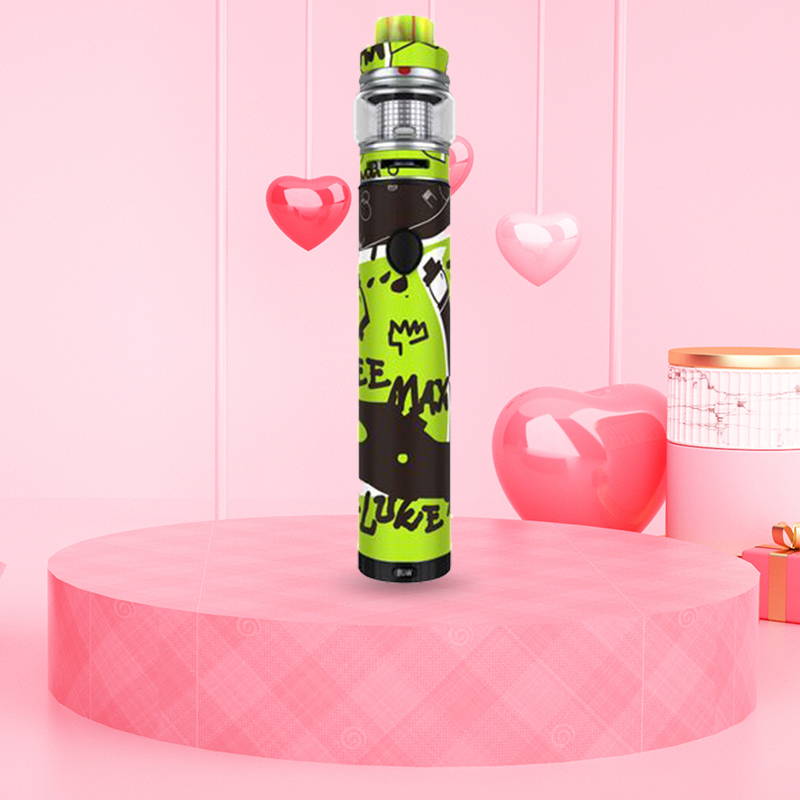 "Well, the only reason why I am crazy about Freemax Twister 80W Starter Kit is its graffiti-inspired colours, including black, white, yellow, red, green and blue. How colourful it is!" Michelle said all her bosom friends love this kit for its good looking, simplicity and portability( just like a pen). They always share relevant photos on their social media and receive many likes.

Aside from its colour and design, the kit includes the 80W Twister mod coupled with a Fireluke 2 sub-ohm mesh tank. The two products come nicely presented in a slipcase with two separate boxes held inside; the first contains the Twister mod and the second holds the Fireluke 2 tank. It features a built-in 2000mAh battery and uses a 510 connection up top. There is also an LED ring around the button that shows the vape's working mode.

The Best Vape Gifts You will Pick up

What do you think of this guide? Is it helpful? If you still can't find the best vape gift, you can ask him or her directly, in case of getting the wrong thing. Whatever you choose finally, make sure you prepare it with love. Have a good time with the one you love and enjoy a fantastic and perfect Valentine's Day!

6.5 Alarming Facts About E-cigarettes You Need To Know（2020 update）