By far the hit news we have heard in the last quarter: The United States government under the leadership of President Donald Trump just signed a bill that will push the legal age for tobacco procurement across 50 states of the US to 21 years. Following the signing of this bill, which also accompanies the $738 billion defence spending bill, people under the age of 21 will not be allowed to purchase, distribute, or own tobacco products (cigarettes and vapes) in all states. 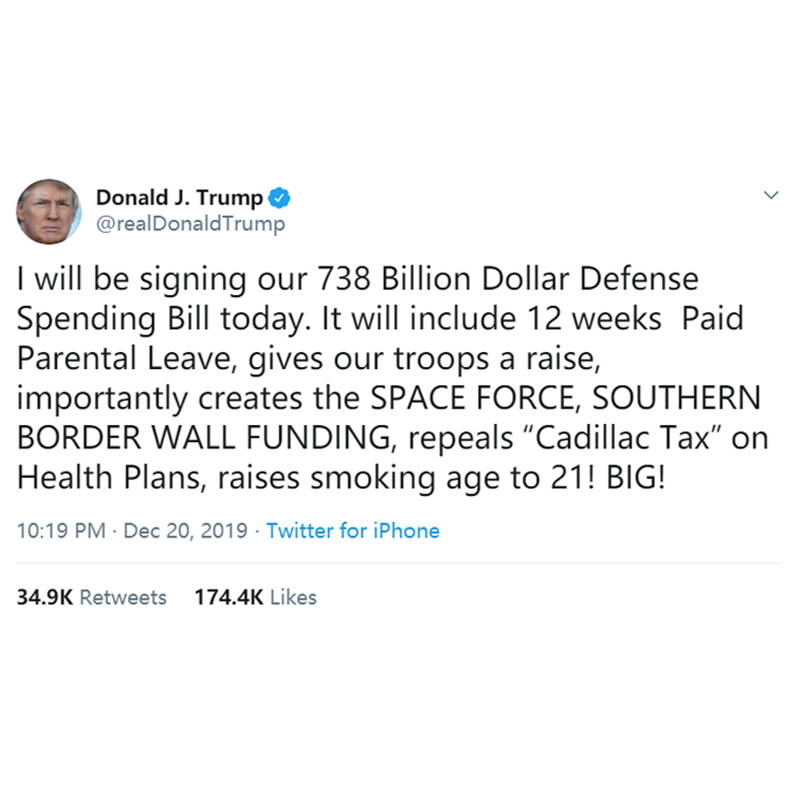 This is one of the main highlights of the current government's leadership in Washington, the bid to stop the younger citizens of the United States from purchasing tobacco, has been on for a while now. This comes as no surprise to the general populace as some of the most experienced senators in the house have been working tirelessly to see the bill fall through. Now that President Trump has signed the bill, it would seem like their hard work has finally paid off. But while we commend the efforts of the senate, let's see how their constituencies are taking the news across all 50 states.

In recent times, the notoriety of tobacco products has grown with unprecedented intensity, exposing the general populace to gruesome respiratory diseases. In light of this reality, many states in the United States have been looking for ways to curb the detrimental effects of these dangerous products among the youths in their jurisdictions. However, there are warnings on the packs of cigarettes informing users about the possible dangers of smoking; those warnings have proved futile in prohibiting the use of tobacco among youths. Now that the government has raised the legal age of Cigarette and vape users from 18 to 21, States harbouring such thought have embraced the bill with their arms wide open.

As of this moment, nineteen states in the US have enforced the newly signed bill on residents within their provinces. Among them are Washington, Virginia, Vermont, Utah, Texas, Pennsylvania, Oregon, Ohio, New York, New Jersey, Massachusetts, Maryland, Maine, Illinois, Hawaii, Delaware, Connecticut, California, and Arkansas. While this seems like a lot, since the bill was only recently passed into law, over 500 towns and cities including, Washington, DC, have adopted the reservation of the law by raising the legal age for the procurement of tobacco to 21 years.

Keep in mind that Vaping and smoking-related epidemics have been brewing for a while now in the United States, and the push for the prohibition of Flavored vape products have been underway. Albeit many advocates of vape products have come out to say that vaping is the ideal alternative to smoking and a better way to help smokers alleviate tobacco addiction. It doesn't change the fact that Smoking and vaping addiction are more rampant amongst the younger generations. 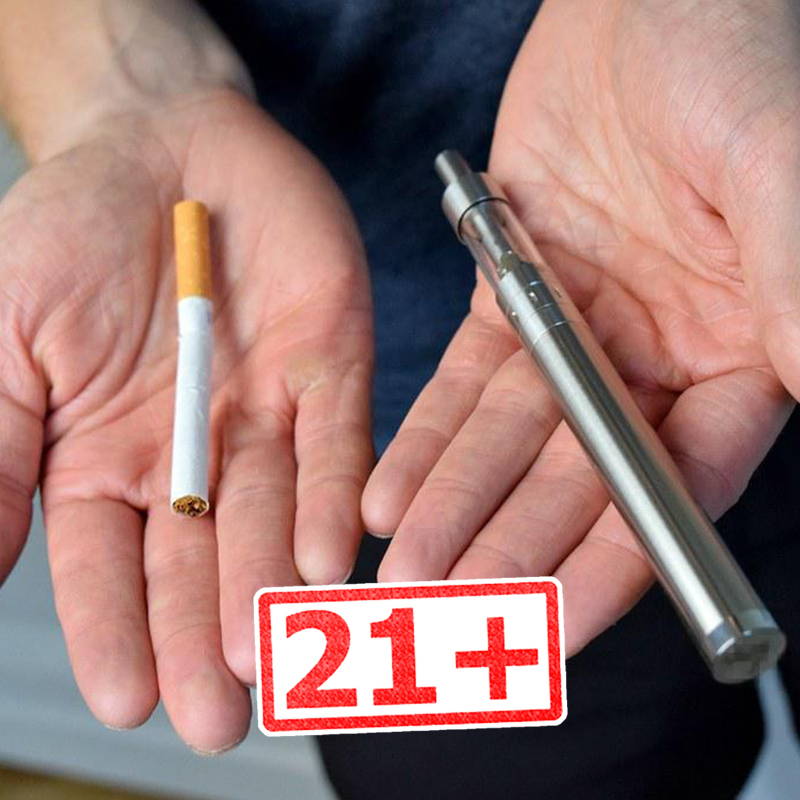 Implications of the legal age change

There are two sides to every story, and that goes for the newly signed bill as well. While it is almost expected that some people will have some misgivings about the newly signed bill, many flavoured vape distributors have come out to say that the newly signed bill will have grievous consequences on their sales. However, with one out of ten 8th graders vaping nicotine every month, this bill seems like the best defence against the imminent epidemic of vape-related respiratory diseases.

Although the congress' effort in curbing the brewing epidemic surrounding the use of e-cigarettes among the younger citizens of the US is quite commendable, it appears the Vapor Technology Advocates(VTA) wants more work done. Some even believe that the general ban of e-cigarettes is a misguided agenda that may not yield the expected results. Whereas the federal government has signed a bill that raises the legal age for tobacco procurement to 21 years old, it may not do anything in stopping young people from procuring e-cigarettes neither will it curb the brewing e-cig epidemic.

The VTA believes that the effort made by the congress and the President of the free state, Donald Trump, is a step in the right direction. But that direction is a little off. Thus, if any tangible result will be generated from this effort, the government will have to work out effective solutions to stop youths from using e-cigs. Rather than a misguided ban of tobacco products, or the increment of tobacco procurement age from 18 to 21, the government should target flavoured e-cigs which are the main causatives of the brewing epidemic. The Bottom line is that while flavoured e-cigs remain available to youths, we'll continue to live in fear of the looming epidemic.

The effect on the legal age change remains unknown

The Federal government has raised the legal age for tobacco procurement from 18 to 21 years; a step in the right direction, no doubt. But the question in everybody's mind is that, will it be enough to stop the looming e-cigarette epidemic?

2. Teen Vaping is More Prevalent Than Before, Causing Public Concerns